Experimenting with new designs and materials to create violin, viola, and cello bows that rival the quality of prized nineteenth-century bows and meet the artistic demands of today’s musicians. 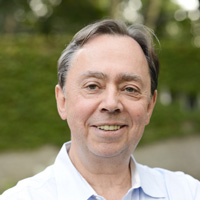 Benoît Rolland is a master bow maker who is experimenting with new designs and materials to create violin, viola, and cello bows for the twenty-first century. As a talented violinist who undertook rigorous training steeped in the tradition of nineteenth-century bow design, Rolland brings a unique perspective and keen understanding of musicianship to his work. Prized by contemporary musicians for rivaling the quality of the revered bows of the nineteenth century, his beautifully crafted bows combine the sensitivity, speed, and robust power of the older pieces while also offering new dimensions of tonal brilliance that satisfy the highest artistic demands. Before making a bow for a particular musician, he listens to recordings or live performances in order to create a finished product that perfectly matches the individual player’s personal playing style and also brings out an extraordinary richness of tone and color in the instrument. In response to the increasing scarcity of pernambuco wood, favored by musicians and bow makers for centuries, Rolland began experimenting with alternative materials, including graphite. He produced the first graphite bow of concert quality and added a further design modification in its adjustable camber, allowing musicians to alter the handling of the bow and customize their playing for particular pieces. Rolland’s synthesis of musicianship, historical knowledge, technical skills, and continued research and experimentation ensures that he will be a trailblazer in bow design for present and future generations of musicians.

Benoît Rolland received degrees from the Conservatoire de Paris and Versailles (1970) and the Bow-Making School of Mirecourt (1974) and also studied at Schola Cantorum (1980–1982). After working for many years in Paris and the Island of Bréhat, he established his current studio in Boston in 2001.