Mining DNA sequence data to address fundamental questions about the mechanisms of evolution, the complex origins of human genetic diversity, and patterns of population migration. 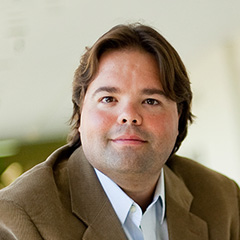 Carlos D. Bustamante is a population biologist who mines DNA sequence data for insights into the dynamics and migration of populations and the mechanisms of evolution and natural selection. In studies of humans, Bustamante analyzes SNPs (sites of common variation in a DNA sequence) from many individuals to infer changes in human populations and their relationship to specific gene mutations. He compared SNPs in regions of DNA that are translated into proteins with those in non-coding regions of the genome; from this analysis, he inferred that between a third and a half of mutations that change protein composition are lethal or produce weak negative selection, generating further understanding of a long-standing question of population genetics. He has applied SNP-based methods to retrace the history of species’ domestication, both plants and animals; collaborative investigations of Asian rice and dogs, for example, have provided clues about where and how long ago humans domesticated these species. Bustamante has also teased out higher-resolution reconstructions of human demographic and migration patterns using new data sets from ethnically and geographically diverse samples. He and his colleagues have used DNA markers to assess the impact of shared language and geographic obstacles on migration patterns and genetic composition of human subpopulations in Europe, Africa, and Latin America. Through his multifaceted research, Bustamante is developing a rigorous, quantitative foundation for addressing fundamental questions about genetics and evolution across species, about patterns of population migration, and about the complex origins of human genetic diversity, before recorded history and since.

Carlos D. Bustamante received a B.A. (1997), M.A. (2001), and Ph.D. (2001) from Harvard University. He was a postdoctoral fellow at the University of Oxford (2001–2002) and affiliated with Cornell University (2002–2009) prior to his appointment as a professor of genetics at the Stanford University School of Medicine. His scientific articles have appeared in such journals as Nature, Science, Molecular Biology and Evolution, PLoS Genetics, and PNAS.