Designing new models of healthcare, melding medicine, education, and social service, for one of the nation’s most underserved populations—African-American men in urban settings. 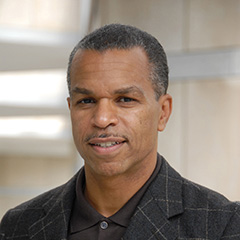 John Rich is a physician, scholar, and a leader in addressing the health care needs of one of the nation’s most ignored and underserved populations—African-American men in urban settings. By linking economic health, mental health, and educational and employment opportunities to physical well-being, Rich’s work on black men’s health is influencing policy discussions and health practice throughout the United States. He has created clinical programs that promote health by addressing overall wellness, recognizing that young, urban men of color face especially difficult challenges in accessing health care. Taking an original approach to social epidemiology, he conducts in-depth personal interviews with young black men to understand and underscore the contextual details attending prevalent illnesses and the cycle of violence that creates recurrent injury risk. Among his many interventions, Rich established the Young Men’s Health Clinic at the Boston Medical Center, which provides primary care to men ages seventeen to twenty-nine, many of whom are victims of urban violence. He also initiated the Boston HealthCREW, a community health-worker training program for young black men to conduct peer outreach in general health education and men’s reproductive health. By focusing on the realities of the lives of young African-American men, John Rich designs new models of health care that stretch across the boundaries of public health, education, social service, and justice systems to engage young men in caring for themselves and their peers.

John Rich received a B.A. (1980) from Dartmouth College, an M.D. (1984) from Duke University Medical School, and an M.P.H. (1990) from Harvard School of Public Health. He completed his internship and residency at Massachusetts General Hospital in Boston (1984-1987) and was a fellow in general internal medicine at Harvard Medical School (1987-1990). He was an associate professor of medicine and of public health at Boston University (1997-2005), the medical director of the Boston Public Health Commission (1998-2005), and until 2005, the director of the Young Men’s Health Clinic, which he founded in 1993. He is currently professor and chair of the Department of Health Management and Policy at Drexel University in Philadelphia.

John Rich, M.D., M.P.H., is Professor of Health Management and Policy at the Drexel University School of Public Health, where he also served as department chair (2005–2013) and interim dean (2013–2014). In 2007, he founded the Drexel Center for Nonviolence and Justice, which focuses on changing the conversation about violence toward a trauma-informed, public health conversation, rather than a discussion about criminal justice. He is the author of Wrong Place, Wrong Time: Trauma and Violence in the Lives of Young Black Men (Johns Hopkins University Press, 2009), and he was inducted as a member of the Institute of Medicine of the National Academy of Sciences in 2009.