Shining vivid light on how violent events such as the First Crusade are recorded and remembered by future generations. 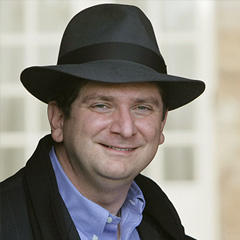 Jay Rubenstein is a medieval historian elucidating 12th-century texts that grapple with the meaning of the First Crusade (1095-1099) and its profound consequences for the future of Europe. In his book Guibert of Nogent, Portrait of a Medieval Mind (2002), he examined the life and writing of an early 12th-century French monk whose major work, the Monodies, has long fascinated scholars as the first Western autobiography since Augustine’s Confessions. In addition to offering a critical reading of Guibert’s account of his own life in the Monodies, Rubenstein’s painstaking analyses of Guibert’s sermons, crusade chronicles, and portrayal of the era emerge from his keen historical, theological, and literary sensitivities. In his subsequent work, Rubenstein has explored the larger canvas of crusade histories. He demonstrated, for example, that many accounts of the First Crusade were the product of cumulative additions by different compilers, and that a lost Ur-text most likely provided the basic structure of several extant versions. He has also investigated the importance of apocalyptic expectations in the shaping of these narratives and their role in inciting a second wave to the Holy Land. Rubenstein’s thoughtful consideration of the composition of these texts reveals their important role in the evolution of medieval scholars’ approach to writing history in general. His essays on the literature of the crusades form part of an ongoing, book-length project that will trace the effects of this conflict on Europe’s political, religious, and literary culture. Rubenstein’s imaginative rendering of the historical record, paleographic skills, and elegant presentation of manuscript evidence shed valuable light on how violent events such as the First Crusade are recorded and remembered by future generations.