Historian of Medicine | Class of 2008

Elucidating in meticulously researched and elegant prose the profound impact of medical theory and practice on Renaissance society, culture, and religion. 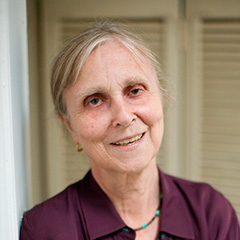 Nancy Siraisi is a historian of medicine whose erudite and insightful works have opened up new areas of inquiry within medieval and Renaissance history. Whereas most studies of the period have focused almost exclusively on the influence of ancient Greek and medieval Arabic manuscripts on Renaissance medicine, Siraisi considers a much broader context in her analyses of texts written by and about medical practitioners. Her meticulously researched volumes elucidate the historical milieu in which the physicians lived and the profound impact of medical theory and practice on Renaissance society, culture, and religion. For instance, her lively account of the life and career of Taddeo Alderotti, one of Bologna’s most illustrious physicians, and his students explores the interaction between physicians’ participation in the intellectual life of medieval Italy and the development of medical theory in the 13th and early 14th centuries. By concentrating on medicine in her biography of the 16th-century polymath Girolamo Cardano — who was a physician, astrologer, autobiographer, mathematician, and natural philosopher — Siraisi offers new perspectives on the history of these fields and illuminates essential aspects of Renaissance medical practice. In her most recent work, Siraisi brings her analysis up to the early modern period to examine the intersections between medicine and the wider world of learning. In particular, she demonstrates the key role physicians writing about their craft played in the emergence of history as a discipline. Regarded as a leading scholar of the field in the U.S. and Europe, Siraisi continues to provide contributions to the evolving scholarly understanding of medical history and, specifically, Renaissance intellectual history.

Nancy Siraisi is professor emeritus of the Graduate Center, City University of New York. Her recent publications include Communities of Learned Experience: Epistolary Medicine in the Renaissance (Johns Hopkins University Press, 2013), a revised version of the inaugural set of Singleton Lectures (2010) at the Charles Singleton Center for the Study of Pre-Modern Europe at Johns Hopkins University, and “Medicine, 1450–1620, and the History of Science” (Isis, vol. 103, 2012), a revised version of the 2010 History of Science Society Distinguished Lecture. Siraisi received the Haskins Medal of the American Council of Learned Societies in 2010.