Offering both highly specialized and casual readers new ways of thinking about the music of the past and its place in our future. 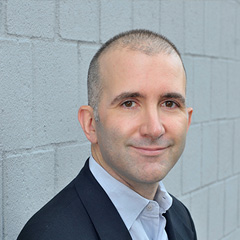 Alex Ross is a critic whose writing captures the often-elusive aesthetic and technical aspects of classical and contemporary music with clarity, grace, and wit. A staff writer for the New Yorker, his frequent essays display an expansive knowledge of music and a facility for guiding his readers, who range from professional musicians to scholars to the general public alike, to a richer experience of the complex pieces and artists he explores. With a finely tuned grasp of a full spectrum of styles, he places works by a broad variety of artists — from Mozart to Schoenberg to Bob Dylan — within a continuum and sets aside categories and classifications that impede the appreciation of works on their own terms. In each article, Ross strives to demonstrate how a specific piece of music, be it centuries or months old, conveys meaning and feeling in the present. In addition to his work in essay form, he recently published the book The Rest Is Noise (2007), a cultural history of 20th-century music that journeys through pre-World War I Vienna, Paris of the 1920s, Hitler’s Germany, Stalin’s Russia, and New York of the 1960s and 1970s. Through a widely read blog of the same title (www.therestisnoise.com), he further expands the reach of his interpretive skills and enthusiasm for championing overlooked composers and out-of-the-way ensembles. In an era when many proclaim the imminent demise of concert halls due to waning attendance, Ross offers both highly specialized and casual readers new ways of thinking about the music of the past and its place in our future.