Crafting keenly observed accounts of ordinary people responding to the complexities of life in such rapidly changing societies as Reform Era China. 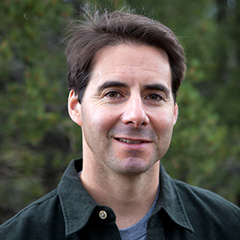 Peter Hessler is a long-form journalist whose three books and numerous magazine articles explore the complexities of life in Reform Era China as it undergoes one of the fastest social transformations in history. Drawing upon a decade-long immersion in Chinese culture as well as extensive travels and historical research, Hessler writes with a novelist's attention to detail and structures his stories around the compelling characters he encounters. Offering Anglophone readers perspectives on China that delve well beyond those of standard news coverage, he provides moving and keenly observed accounts of how ordinary people — ranging from students to farmers to engineers and entrepreneurs — respond to rapidly shifting opportunities and constraints. His first book, River Town (2001), chronicles his experiences teaching in the remote province of Sichuan, in a small city about to be flooded by the construction of the Three Gorges Dam. In Oracle Bones (2006), Hessler expands upon shorter articles originally published in the New Yorker, juxtaposing portraits of several different Chinese lives to discern larger themes in the manner of an archaeologist arranging and interpreting fragments from the past. The personal stories he recounts include those of a migrant factory worker, a Uighur money-trader seeking political asylum in the United States, and a scholar of oracle bone inscriptions, an early form of Chinese writing. Hessler's third book, Country Driving (2010), investigates the effects of China's auto boom on regions ranging from all-but-abandoned rural villages to expanding industrial centers. With recent pieces focused on other locales and subjects, such as the American Southwest and a Peace Corps project in Nepal, he continues to weave multiple narrative threads into richly illuminating depictions of people and places confronted with a staggering pace of change.