Illuminating the intellectual and emotional life of ancient Mesoamerican peoples through insightful interpretations of hieroglyphic inscriptions and figural art. 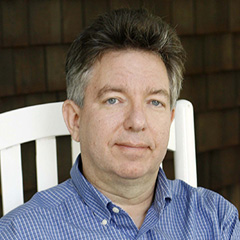 Stephen Houston is an anthropologist, archaeologist, and epigrapher whose insightful interpretations of Mayan iconography and hieroglyphic inscriptions shed new light on the intellectual culture of Mesoamerican society and address fundamental questions about the role of writing in ancient civilizations. He has worked on the excavations of several major Mayan cities, most recently the ancient city of Piedras Negras in Guatemala, which had not been explored since its initial discovery more than sixty years ago. This dig unearthed several monuments and structures, and Houston’s nuanced analysis of their functions and social meaning is prompting a significant revision of the history of the city’s development. As an epigrapher, Houston draws on inscriptions and figural art to reconstruct the political and social structure of Mayan civilization, including the dynamics of royal court life and the role of religion. His interpretations of stylized representations of the human body demonstrate how displays of emotion were depicted and used by Mayan elites to reinforce their status within a hierarchical society. By considering Mayan script in the context of both ancient and modern civilizations, he has proposed new arguments, as well, about how writing systems function and how they originate, evolve, and expire. Houston’s interdisciplinary approach brings into sharper focus the poetics and preoccupations of ancient Mayan texts and illuminates the relationship between histories recorded in hieroglyphic texts and those pieced together through archaeological evidence.

Stephen Houston received a B.A. (1980) from the University of Pennsylvania and an M.Phil. (1983) and Ph.D. (1987) from Yale University. He was affiliated with Brigham Young University (1994-2004) prior to joining the faculty of Brown University, where he is currently the Dupee Family Professor of Social Science and a professor in the Department of Anthropology. He is the author of numerous articles and co-author of the books The Memory of Bones (2006) and Royal Courts of the Ancient Maya (2001), among many other publications.