Raising the profile of the book as one of humankind’s greatest inventions and as an integral part of the history of technology and human communication. 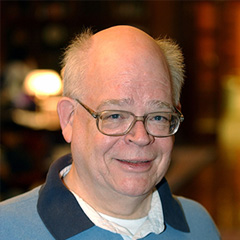 Terry Belanger is a historian, collector, and protector of one of humankind’s greatest inventions: the book. To support the study of the book’s long history, Belanger created a teaching and archive facility, the Rare Book School (RBS), in 1983 as part of Columbia University’s School of Library Service; in 1992, he moved it to its current home at the University of Virginia. The RBS functions as an independent, non-profit institute devoted to the histories of manuscripts, print, electronic text, and everything in between. It transcends the limitations of traditional degree programs by making its wide-ranging offerings available to a broad range of professionals interested in studying and preserving these cultural artifacts; historians, literary scholars, librarians, conservators, collectors, and book artists attend RBS courses each year. In the classroom, Belanger uses original tools and materials to provide students with hands-on experience and to emphasize the relationship between the physical and intellectual structure of the book. He assiduously collects items related to bookmaking, from the remains of incunabula (the first printed books of the fifteenth century) and their handwritten precursors to books demonstrating the range of bindings and structures, to samples of materials from which books have been constructed. With thousands of former students currently at work in the field and offshoots of his programs in California, France, Australia, and New Zealand, Belanger is making the world a more secure place for the irreplaceable legacy of the book.

Terry Belanger received a B.A. (1963) from Haverford College and an M.A. (1964) and Ph.D. (1970) from Columbia University. He was on the faculty of the School of Library Service at Columbia University (1971-1992), where he served as assistant dean (1980-86). He established the Book Arts Press (1971) at Columbia as a bibliographical laboratory for the training of rare book and special collections librarians and antiquarian booksellers. In 1983, he instituted the Rare Book School, also at Columbia. Belanger moved both the Book Arts Press and Rare Book School to the University of Virginia in 1992, where he now holds the position of University Professor and Honorary Curator of Special Collections.

Terry Belanger retired in 2009 from his position as University Professor and Honorary Curator of Special Collections at the University of Virginia.