Composing multi-layered, lushly detailed tales that depict lives lived by African Americans in the twentieth century and in the long shadow of the antebellum South. 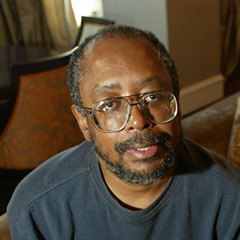 Edward P. Jones is a fiction writer who renders in story a mysterious incongruity of the human experience—how faith, dignity, and love often survive, and sometimes thrive, in the face of systemic adversity. His debut collection of fourteen short stories, Lost in the City (1992), deals with African American working class and underclass experiences in mid-twentieth-century, inner-city Washington, D.C. In a realistic and evocative style, Jones depicts characters that, despite the constant and unacknowledged despair of their existences, live rich, varied, and compelling lives. A multi-layered, historical novel, The Known World (2003), is Jones’s second major work. In this sprawling saga set in antebellum Virginia, Jones examines the world of free blacks who owned black slaves. Told from several different viewpoints in an intricate structure full of foreshadowing, he provides a broad view of the complex system of slavery, capturing the experience of those who suffered its deadening effects. Jones works painstakingly to compose artful, morally complicated fiction that challenges, provokes, and enriches.