Obstetrician and Gynecologist | Class of 2003

Creating the first practice in the United States to address the medical and emotional needs of female immigrants who have been ritually circumcised. 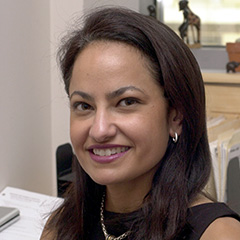 Nawal Nour, a Sudanese-American, is an obstetrician and gynecologist who founded and directs the African Women’s Health Practice at Brigham and Women’s Hospital in Boston. This clinic, the only one of its kind in the United States, addresses the unique medical and emotional needs of female immigrants who have been genitally circumcised in their homeland. Nour’s work moves beyond the cultural debate regarding female circumcision to recognize that it also represents a chronic medical risk throughout the lives of women who have undergone the ritual. She has written an influential protocol for medical management of female circumcision and has developed techniques for the surgical reversal of infibulation, the most severe form of female circumcision. Through her dedication, passion and proficiency, through community outreach, and through education of health professionals, Nour’s work bridges the clinical, practical and humane. By applying her skills in medicine and public health to contemporary issues of culture and human rights, Nour is advancing important initiatives in the area of international women’s health.

Nawal Nour came to the United States from the Sudan in 1980. She received a B.A. (1984) from Brown University, and an M.D. (1994) and an M.P.H. (1999) from Harvard University. She completed a chief residency in obstetrics and gynecology (1998) at Brigham and Women's Hospital in Boston. There, she founded the African Women's Health Practice in 1999, which she continues to direct. Nour is an instructor in the Department of Obstetrics, Gynecology and Reproductive Biology, Harvard Medical School.