Anthropologist and Archaeologist | Class of 2003

Illuminating patterns of economic exchange between early Mesopotamian communities to provide new insights into the organization of the world’s first cities. 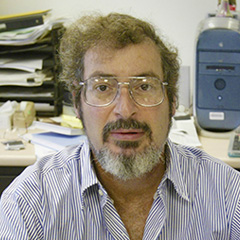 Guillermo Algaze is an anthropologist and archaeologist of the Near East whose research explores the formation of early cities and their first interactions. Mesopotamia of the fourth and third millennium B.C. saw the development of distinct Northern and Southern city-states that interacted through cultural and economic exchanges, and even colonization. Algaze’s ambitious reconstruction of this region’s political economy sparked a host of archeological studies evaluating new evidence in the context of his comprehensive model. Most recently, Algaze completed an excavation of the third millennium B.C. city of Titris in northern Mesopotamia. His research team has extended the application of magnetometry beyond its common use for locating landmarks within the city to develop a complete map of its boundaries and residential areas. Together with traditional excavations, with sites selected strategically from the magnetometry maps, Algaze has uncovered clear evidence of urban planning in ancient Mesopotamia. Algaze’s fieldwork and interpretations illuminate the social, cultural, and economic transformations taking place contemporaneously with the emergence of the earliest cities of the Near East.