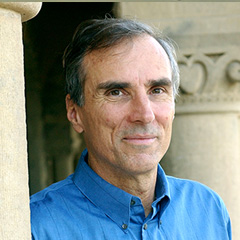 Brian Tucker is a seismologist whose work focuses on preventing readily avoidable disasters in the world’s poorest countries by using affordable civil engineering practices. He founded GeoHazards International (GHI) after recognizing that multi-story residences, schools, hospitals, stores, and offices built from adobe, stone, or unreinforced masonry in many regions of the world are death traps when earthquakes strike. GHI is the only not-for-profit, non-governmental agency dedicated to preventing structural failures in developing countries. Tucker works on-site with local governments, artisans, and citizens to implement cost-effective measures to construct or upgrade schools and other public service buildings and to educate residents about damage-prevention measures. He is an expert at adapting techniques used by developed countries in risk-mitigation projects so that they fit within the social, political, and economic constraints of at-risk communities in the developing world. GHI’s principal focus on schools is particularly important because their typically poor construction makes them a common source for earthquake casualties. His current work to develop and apply a Global Earthquake Risk Index is designed both to estimate risk and to motivate risk-reduction measures. His efforts have dramatically reduced the potential for death and injury to children and others from earthquakes in vulnerable cities around the world.

Brian Tucker received a B.A. (1967) from Pomona College, a Ph.D. (1975) from the Scripps Institution of Oceanography at the University of California, San Diego, and an M.A. (1991) in Public Policy from Harvard University. Tucker served as Principal and Supervising Geologist at the California Division of Mines and Geology (1982–1991). In 1991, he founded GeoHazards International. Tucker is a consulting professor in the Department of Civil Engineering at Stanford University, and is a member of the editorial board of the Journal of Earthquake Engineering as well as the board of the World Seismic Safety Initiative.