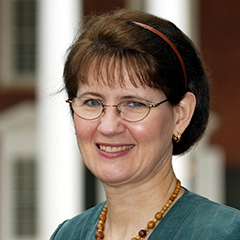 Janine Jagger, an epidemiologist, is a leader in the design and dissemination of means and strategies to protect health care workers from the transmission of blood-borne diseases. Each year in the United States, more than half a million health care workers are stuck by contaminated needles and other sharp medical devices, resulting in major psychological and physical trauma. In landmark research, Jagger proved that injury risk was related to specific device design features, thereby reorienting the debate about protecting health care workers from changing their behavior to improving the design of the devices they use. In 1985, she and her associates designed some of the first needlestick protective devices recorded by the U.S. Patent Office. In the early 1990s, she developed the Exposure Prevention Information Network (EPINet), which is now used in some 1,500 hospitals. Her research and analyses guide design engineers in their efforts to improve the safety of medical devices. Her surveillance system is employed in countries around the world. As director of the International Health Care Worker Safety Center at the University of Virginia School of Medicine, Jagger is now focusing her attention on applying the lessons learned domestically to increase protection for health care workers in developing countries.

Select News Coverage of Janine Jagger
"All I Want for Ramadan is My Own Mutation"
Huffpost Science
Janine Jagger , 2002 MacArthur Fellow