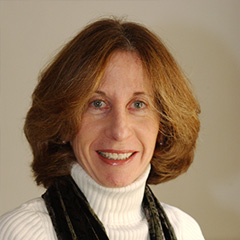 Jean Strouse is a biographer who creates compelling portraits of inspiring and enigmatic figures. Known particularly for her expansive accounts of the lives of Alice James and J. P. Morgan, her psychological portraits cast new light on her subjects. In Alice James: A Biography (1980), Strouse rescues the significance of Alice James’s life and diary from obscurity and offers a fresh view of a family about whom so much has already been written. Her monumental biography, Morgan: American Financier (1999), reveals an individual of great complexity in both his public and personal lives and provides a convincing portrait of a powerful and integral figure in American capitalism after the Civil War era. Strouse’s essays and reviews have appeared in the New Yorker, the New York Times Magazine, the Washington Post, and the New York Review of Books.

Jean Strouse received a B.A. (1967) from Radcliffe College. Since 2003, she has served as Director of the Dorothy and Lewis B. Cullman Center for Scholars and Writers at the New York Public Library. She is also a contributing editor to the Oxford American Writer’s Thesaurus (2004).