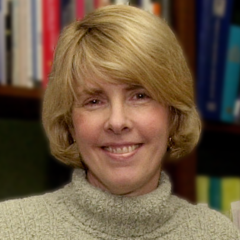 Kay Redfield Jamison is a psychologist and an expert on serious mood disorders whose work has had a far-reaching impact on mental health treatment and public awareness of psychiatric disorders. Jamison’s extraordinary ability to convey the subjective experience of mental illness and blend clinical science with humanism has greatly enhanced our understanding of bipolar disorder specifically, and psychiatry more broadly. Her lectures and books have illuminated for a general audience the often devastating consequences of serious mood disorders. From the dual perspective of expert and afflicted, she educates the public about depression, helps reduce the stigma associated with mental illness and its treatment, and closes the gap between the medical explanation of disease and the social experience of illness.

Kay Redfield Jamison received a B.A. (1971), M.A. (1971), C. Phil. (1973), and Ph.D. (1975) from the University of California, Los Angeles. Since 1987, she has been affiliated with the Johns Hopkins University’s School of Medicine, where she is a professor of psychiatry. Her books include Touched with Fire: Manic-Depressive Illness and the Artistic Temperament (1993), An Unquiet Mind (1995), Night Falls Fast: Understanding Suicide (1999), and Exuberance: The Passion for Life (2004). She has also published numerous articles in such journals as the American Journal of Psychiatry and Lancet.