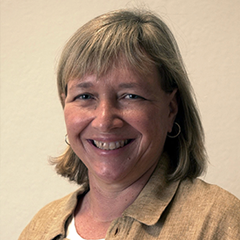 Cynthia Moss is a natural historian who has spent more than three decades studying the ecology and social behavior of an entire population of wild African elephants. Moss’s work at Amboseli National Park in Kenya has provided key insights into the evolution of elephant behavior and the complex ways in which the animals respond to changes in their environment. Moss uses a two-pronged strategy of increasing scientific understanding of the elephant through her own research and her mentorship of young Kenyan scientists, while increasing public awareness through her writing and documentaries. Having produced one of the most extensive data sets available for any population of large animals, her research promises to provide a wealth of new information on animal behavior and in support of the conservation of an endangered species.

Cynthia Moss received a B.A. (1962) from Smith College. Prior to directing the Amboseli Elephant Research Project, she worked as a journalist for Newsweek, Time, and Life magazines. During her more than thirty years of research in Kenya, Moss has authored Portraits in the Wild: Behavior Studies of East African Mammals (1975), Elephant Memories: Thirteen Years in the Life of an Elephant Family (1988), and the children’s book, Little Big Ears: The Story of Ely (1997).