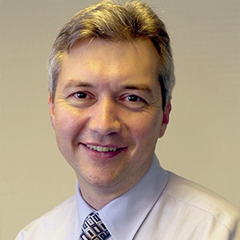 Christopher Chyba is an astrobiologist and a policy analyst who explores the origins of life on Earth and proposes strategies for protecting human civilization from self-destruction. Chyba’s scientific efforts focus on understanding the conditions that spawned terrestrial life. For example, he has analyzed the geological record to document the role of asteroids and comets in delivering organic molecules to the surface of the early Earth. From the record of more recent asteroid strikes, Chyba has identified the interpretive challenges of using seismic observations to monitor compliance of the nuclear test-ban treaty. He has also advocated linking the preparation for biological terrorism with the larger challenge of improving public health infrastructure and reporting.

Christopher Chyba received a B.A. (1982) from Swarthmore College, a B.A. (1984) and an M.Phil. (1986) from the University of Cambridge, and a Ph.D. (1991) from Cornell University. He is a professor of astrophysical sciences and international affairs at Princeton University, where he also directs the Program on Science and Global Security at the Woodrow Wilson School. He was previously the Carl Sagan Chair at the SETI Institute, co-director for the Center for International Security and Cooperation, and an associate professor of geological and environmental sciences at Stanford University.

In August 2009, Christopher Chyba was appointed to the President’s Council of Advisors on Science and Technology.