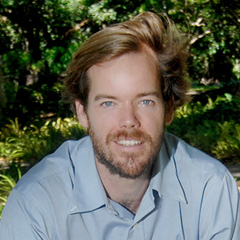 Peter Huybers is a climate scientist who, by mining the wealth of often-conflicting experimental observations, has developed several influential theories that explain global climate change on various time scales. Much of his research focuses on the Pleistocene, which spans from about 1.8 million years ago to the end of the most recent ice age, some 12,000 years ago. Drawing on physics, statistics, and mathematical modeling, Huybers showed that the long-recognized periodic glaciation of about 100,000 years could be explained mainly by obliquity — changes in the angle of the Earth’s axis in a 40,000-year period — rather than its orbital shape or precession. Testing a large number of models, he noted that, if the obliquity cycle triggers glaciation randomly after either 80,000 or 120,000 years, the average result is glaciation approximately every 100,000 years. The underlying physical mechanism explaining this phenomenon is likely the variability in the amount of energy received from the sun (insolation) at various latitudes in the summer. On much shorter time scales, a similar mechanism accounts for temperature variation through the seasons. Huybers has used analogous physical principles and observations of recent conditions to build simple models of land-ocean-atmosphere dynamics to explain changes in land ice on the scale of years or decades. For example, he has developed evidence that deglaciation tends to precede increased volcanism, suggesting that the weight of overlaying ice may directly influence mantle geophysics. Through his imaginative yet simple interpretations of fundamental questions in climatology, geology, and oceanography, Huybers is advancing our understanding of both past and ongoing climate change.

Peter Huybers received a B.S. (1996) from the United States Military Academy at West Point. His subsequent military career included the training and leading of a tank platoon as part of peace-keeping operations in Bosnia. He went on to receive a Ph.D. (2004) from Massachusetts Institute of Technology and to complete an NOAA Postdoctoral Fellowship (2004-2006) at Woods Hole Oceanographic Institution. Since 2007, he has been an assistant professor of earth and planetary sciences at Harvard University.