Drawing on quantitative analyses, behavioral experiments, and theoretical insights to enhance our understanding of the relationship between income and tax policy. 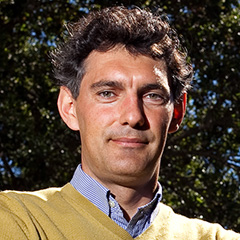 Emmanuel Saez is an economist whose quantitative analyses, behavioral experiments, and theoretical insights are enhancing our understanding of the relationship between income and tax policy and reinvigorating the field of public economics. He and colleagues worldwide have designed high-resolution methods for measuring changes in income patterns through time and determining how taxation affects income and savings. For example, his landmark historical analyses of U.S. income distribution revealed the concentration of income among the highest earners to have a U-shaped pattern, shifting from a high fraction of total income before the Great Depression to a trough after World War II, and progressively increasing again beginning in the 1960s. The recent resurgence of income concentration among the highest earners is largely due to increased wage compensation (e.g., salaries, bonuses) rather than capital income (e.g., dividends, interest, rents). In a different study tracking filing patterns of unidentified individuals over time, Saez provided a more complete picture of how taxpayers at various income levels respond to changes in the income tax system, a key parameter for discerning the effectiveness of tax policy. Among his theoretical results, he has shown that, for low-wage workers, the net economic benefits of earned income tax credits more than offset temporary displacements generated by moderate statutory floors on hourly wages. In a pioneering experimental collaboration with a commercial tax preparation firm (H&R Block) and other researchers, Saez demonstrated that people at moderate income levels contribute more often to retirement savings plans if participation incentives are presented to appeal to their perceived needs and aspirations, compared with financially equivalent (but less comprehensible) existing government incentives. Through his empirical and theoretical investigations, Saez is establishing a strong foundation for developing tax policies and practices that augment both equity and economic efficiency.

Emmanuel Saez received a B.A. (1994) from the École Normale Supérieure, an M.D. in economics (1996) from the Department and Laboratory of Applied and Theoretical Economics (DELTA), Paris, and a Ph.D. (1999) from the Massachusetts Institute of Technology. He was an assistant professor at Harvard University (1999–2002) prior to joining the faculty at the University of California, Berkeley, where he is currently E. Morris Cox Professor of Economics and director of the Center for Equitable Growth.