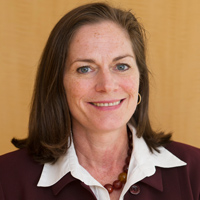 Tara was named the Director of the Chicago Commitment in January 2016. Prior to this assignment, Tara served as a Program Officer in U.S. Programs, focusing on the Migration, Policy Research, and other program areas.

After the 2008 election, Tara was a member of President Obama’s Transition Policy Working Group on Immigration. She has also served as a Commissioner on the American Bar Association’s Commission on Immigration; Director of Policy at the National Immigrant Justice Center; and Deputy Director of the Winston Foundation.

Tara has published articles with MIT Press, the International Journal of Refugee Law, and the Georgetown Immigration Law Journal. Tara received her undergraduate degree at Wesleyan University and her law degree at Georgetown Law.