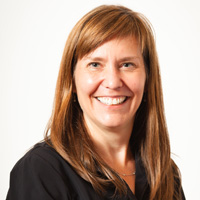 Stephanie is an anthropologist who trained at the University of Chicago and lived in Armenia through the early years of independence (1991-1994), where she worked and conducted research. She has served on the faculty of the History Department at the University of Michigan. A long-time grantmaker, she has worked for non-profit organizations and foundations including the Spencer Foundation, the Russell Sage Foundation, The American Academic Research Institute in Iraq, and an earlier role at the MacArthur Foundation, work that has engaged her in Africa, India, Iraq, Mexico, the US, and the former Soviet Union. Thematic areas of focus have included education, research and training, immigration, cultural diversity, human rights, conservation, population and reproductive health, peace and security, and Chicago, her hometown.

She is active in funder groups (sitting on the Steering Committee of the Funders’ Forum on Sustainable Cities of the European Foundation Centre), and is committed to the continuous improvement of philanthropic practice for the benefit of civil society.

Technology in the Public Interest