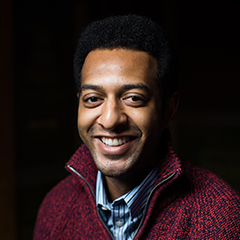 Prior to his role at MacArthur, he worked as the Senior Online Media Specialist for City Colleges of Chicago (CCC), the third largest community college district in America. There, he crafted social media strategy and advised CCC staff and leadership on digital strategies. He has also served as the Online Media Fellow in the Congressional campaign of Tammy Duckworth and before that as the first Social Media Fellow in Chicago’s City Hall in the office of Mayor Rahm Emanuel.

He received his AB in history from Princeton University and his Master of Science in journalism from the Medill School of Northwestern University.