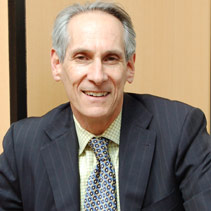 As Vice President, General Counsel (since 1994) and Secretary of the Foundation, Josh is responsible for the overall legal affairs of the Foundation worldwide and is a member of the Executive Leadership Team that advises the President of the Foundation on policy matters and strategic direction. He also coordinates the work of MacArthur Advisory Services, an initiative of the Foundation through which MacArthur staff with appropriate expertise advises other foundations, corporate donors, and individual donors on a range of issues and questions and help connect such donors to other external resources when appropriate. He is an officer and on the board of various affiliates of the Foundation, including current Board Chair of Arc Chicago LLC, the fund established by the Foundation to make investments to further the Benefit Chicago initiative.

Prior to joining the Foundation, Josh was a partner with the law firm of Sidley Austin LLP, specializing in commercial litigation and business reorganization, including real estate restructurings.