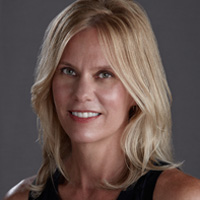 Jennifer focuses primarily on grantmaking in participatory civic media, which targets support for organizations and activities that encourage and train individuals and groups, particularly young people and those from historically marginalized communities, to use new media tools, platforms and practices to contribute to public dialogue and help shape culture and policy. Prior to joining the Media and Journalism team in late 2015, she was a Program Officer for MacArthur’s Digital Media and Learning, a 10-year, $200 million initiative aimed at re-imagining learning for the digital age. She made grants in support of research and design experiments to explore new approaches to learning, which culminated in October 2015 with the launch of a new organization – Collective Shift – designed to bring innovations seeded through DML to scale. Jennifer joined the Foundation in 2002 and served as Associate Director for Public Affairs before moving to the program team.

Prior to her tenure with MacArthur, Jennifer spent three years with the U.S. Holocaust Memorial Museum, where she was responsible for media and public outreach for Museum exhibits, events, and fundraising campaigns. In the late 1990s she worked for a human rights organization in Kampala, Uganda, helping to run a program that trained human rights activists from countries in conflict how to identify and document gender-specific human rights abuses in war. In this position, she helped design a research effort to gather first-person accounts from Ugandan women about their experiences during the decades of war there. It resulted in one of the first primary research reports on women and war in Uganda.

Jennifer has a Master of Arts in international affairs and journalism from The American University and a Bachelor of Arts degree from the University of Wisconsin-Madison. She is chair of the board of Young Chicago Authors, a Chicago-based arts education nonprofit that uses writing, spoken word, and performance to cultivate youth voice and self-expression. She is also a founding Board Member for the Impact Guild, a new effort launched in 2020 to connect, empower and activate people who use media, technology and popular culture for social good and healthy democracies. Since 2021, Jennifer has also served on the advisory board for Harmony Labs, an applied research lab that works to decode media’s social effects and conducts experiments to better understand how media can better support an open, inclusive, and democratic society.