Philanthropy and the Future

In 2007, Nassim Nicholas Taleb popularized the term “black swan” in his book of that title. Before real black swans were found in western Australia, the term implied something mythical and entirely impossible. Afterward, it came to stand for a commonly held assumption that is dramatically overturned by evidence, or by events. 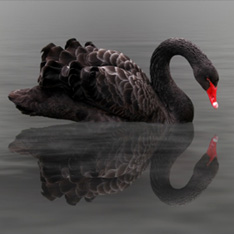 For Taleb, a genuine Black Swan event must be truly surprising (like the emergence of the Internet or the fall of the Soviet Union), have major impact, and be rationalized after it happens as if it could have, in fact, been expected. Almost by definition, such events are not predictable – but, undeterred, I will suggest some possibilities.

The Palestinian-Israeli conflict could be suddenly resolved. A lethal pandemic like the Spanish Influenza could sweep the globe. We could suffer a massive natural disaster, such as a meteor collision or the eruption of the Yellowstone Caldera. But two possibilities, for me, stand out as demanding attention.

First, China may disintegrate rather than become the world’s preeminent power. If economic growth falters, the centralized authoritarian state could crumble, undermined by ethnic and regional divisions, weakened social bonds, an aging society, and the lack of a uniting ideology or religion. States facing this kind of dissolution may seek survival through an aggressive nationalism, even provoking war in order to survive. The United States or Japan would be the most probable adversaries.

Second, terrorists could destroy an American city – or more than one – in an attack using nuclear weapons. A million citizens could die in the blast, with more dying later of injuries or radiation. The economic and social costs would be immense, and the psychological and emotional impact potentially traumatizing, transforming the nation’s sense of itself and its way of life.

This is entirely plausible: only a small amount of material is needed to deliver a devastating attack to multiple cities, and the technology for delivery is not complex. Terrorists could obtain fissile material from rogue states or from inadequately secured military, research or energy facilities. Though presidents and presidential candidates have repeatedly acknowledged this threat, many relatively simple steps to reduce its probability have not been taken.