Through interviews with more than 400 unaccompanied children from El Salvador, Guatemala, Honduras, and Mexico held in U.S. federal custody, a report from the UNHCR explores the causes of a recent surge in immigration to the United States by unaccompanied children. The report, supported by MacArthur, reveals that these children are forced from their homes and families, propelled by violence, insecurity, and abuse in their communities and at home. UNHCR calls upon governments to take action to keep children safe from human rights abuses, violence and crime, and to ensure their access to asylum and other forms of international protection. The number of children making the perilous journey alone and unaccompanied has doubled each year since 2010, and the U.S. government estimates this number is on track to reach 60,000 children reaching United States territory this year in search of safe haven. 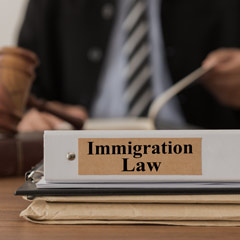