MacArthur will commit more than $50 million over the next six years to engage scientists and engineers at leading universities and research facilities in the U.S. and internationally in efforts to help reduce the threat posed by weapons of mass destruction.

Funding for nine U.S. universities through MacArthurs newly formed Science, Technology, and Security Initiative will help create 10 new tenured faculty positions for scientists and engineers and 100 positions for mid-career scientists and post-doctoral students engaged in international security research, a major expansion in the number of such positions dedicated to security issues.

Grants have also been made through the initiative to expand the opportunity for scientists and engineers in the United Kingdom, Russia, and China to work on international security policy. Other grants have been awarded to policy institutes and projects to help ensure that expert scientific and technical advice is made available to policymakers in a timely and accessible way.  Prominent grant recipients include the Union of Concerned Scientists and the Bulletin of the Atomic Scientists, offering objective analysis and advice on a variety of security issues, including the dangers associated with nuclear testing and proliferation as well as emerging biological, chemical, and space weapons.

With the retirement or passing of the scientists who were involved in the early development of nuclear weapons in the United States, the number of specialists conducting independent research and analysis on weapons of mass destruction has decreased markedly, even as the threat of terrorism has grown, said Jonathan F. Fanton, president of the MacArthur Foundation.  At the same time, the nature of the threat from weapons of mass destruction has changed.  The vulnerability of dangerous materials in Russia and the relative openness of biological research on pathogens, coupled with the possibility of terrorist uses of even relatively small amounts of these materials and agents, pose new challenges to the protection of people and societies. To address these new challenges, there is a need for specialists from many fields of science who are willing to engage the security policy agenda. The Science, Technology, and Security Initiative will greatly increase the number of experts involved in this vital work.

In designing this initiative, we have benefited from extensive consultation with representatives of government agencies, Congress, the Bush administration, and experts in universities, policy institutes, and non-governmental organizations, said Fanton. We have come to understand from them the continuing need for technical analysis and information about complex issues useful to those who are responsible for decisions about war and peace. The MacArthur Foundation has provided support for the field of international security for many years. We believe this will be a useful direction for our funding in the future.

University Support
Grants totaling more than $12 million have been made to the following universities in the U.S.:

New tenured faculty positions
Through the new initiative, the Foundation is providing support for research and fellowship programs that identify and nurture individuals in the physical and natural sciences and in engineering, as well as those in the social sciences working at the intersection of science and security policy.  The grants will support 10 new tenured faculty positions at major U.S. universities for scientists working on national and international security issues.  Participating universities will contribute to the initiative by authorizing and sustaining new faculty positions and covering faculty release time, tuition, and other expenses associated with these programs.

Creation of postdoctoral fellowships and graduate stipends
Funding will be provided through the initiative to provide postdoctoral fellowships and graduate stipends for young scientists and engineers interested in international security.  This will ensure that the pipeline of scientists and engineers eligible for the tenured faculty positions created through the initiative will be filled over the long term.

International Research Centers
Fanton said a hopeful recent development among countries overseas has been the emergence of independent scientists focusing on securing dangerous materials and reducing the risks from weapons of mass destruction.  To encourage and build upon this work, the MacArthur Foundation has awarded the following grants totaling more than $2 million to institutions that help support and train these scientists.

Policy Institutes
Through the initiative, almost $8 million has also been awarded to 17 policy institutes and projects to help provide opportunities for scientific and technical experts to engage in the policy process and to deepen communication among universities, policy institutes, and policymakers.

Science, Technology and Security Policy Center in Washington, D.C.
The Foundation will also establish a new center with the aim of facilitating exchange between policymakers and their staffs, on the one hand, and scientists and engineers working on security issues on the other.  The plan is to ensure that decision-makers have the scientific and technical information they require to develop policies on homeland security, national and international security issues.

The events of the past two years show with great clarity the importance of doing all that is possible to prevent the proliferation of weapons of mass destruction and to protect societies against their devastating effects, said Kennette Benedict, director of the International Peace and Security program at the Foundation. From biological and chemical warfare to the threat of dirty bombs and suitcase nukes, the world faces grave new challenges in efforts to identify, secure, and eliminate the worlds most dangerous weapons. This grantmaking will help bring the expertise of a larger number of scientists, technical experts, and policy analysts to bear on how to reduce the threats posed by such weapons. We hope it will help clarify emerging threats and provide leaders with rigorous analysis of the issues surrounding these weapons and cooperative means to reduce and secure them.

We believe this grantmaking will result in a significant increase in the number of independent scientists and engineers in the field of international and national security policy and that it will support the production of knowledge and analysis that will contribute to strategies for reducing the threat posed by weapons of mass destruction, said Fanton. 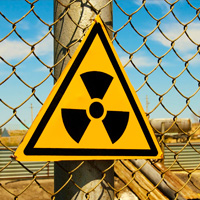 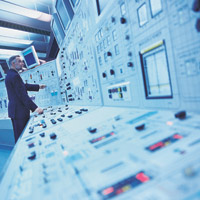