A June 6, 2020 protest on Chicago's North Side against the killing of George Floyd and Breonna Taylor. As the United States began a moment of racial reckoning, I joined several MacArthur staff in sharing perspectives on anti-Black racism and challenging systems of oppression. We have reflected on individual and collective experiences related to Philanthropy, Privilege, and Racial Justice and the role of Allyship and Accountability. We also want to elevate the voices of emerging professionals at MacArthur. These new leaders challenge us to meet the future they are shaping. Their generation is sparking a global spread of civic engagement in the form of protests, advocacy, and investment in communities. They remind us that it is crucial to listen to colleagues with a full range of experience as we reimagine a more just and equitable world. For decades, emerging professionals have played a pivotal role in spurring social change in America. The late John Lewis was 23-years-old when he spoke at the March on Washington. Angela Davis’ career as an activist took off after she became a UCLA professor at the age of 25. And Dr. Martin Luther King, Jr. was elected President of the Southern Christian Leadership Conference at the age of 28.

After a series of killings of Black people in the spring and summer of 2020, large numbers of young people filled America’s streets calling for change. I put on a mask and ran to photograph what was going on in downtown Chicago. I had no choice but to be out there. Years ago, one of my African elders told me to quiet down because I had it better because my parents chose to move to the United States in the early 1980s. And recently, another relative asked why Black Americans have the spotlight now when everyone has issues. Racism affects me and others regardless of my parents’ country of origin, and I will not tolerate distractions or deflections when we seem to be finally confronting racism on a major scale. One day I look forward to showing my grandchildren how young leaders of every race took to the streets and helped improve their lives, just as young leaders of the past helped improve mine. Over the course of the summer, young people have poured into the streets to protest rampant police brutality and anti-Blackness, and I am proud to be a part of this generation of outraged youth. According to a Kaiser Family Foundation survey, 52 percent of all adult protesters this summer have been between the ages of 18 and 29. Other young people inspire me to continue being engaged and holding institutions accountable for dismantling white supremacy.

Young people are lifting their voices in the streets and lifting one another up on social media as we directly challenge the powers that be. We are revolutionizing digital democracy and navigating imperfect systems to make change. MacArthur and other institutions are invested in overhauling age-old structures that uphold white supremacy and systemic racism, and we are committed to working to uplift, include, and learn from this next generation. A Juneteenth protest on Chicago's South Side. I was at work at 10:02 a.m. on Tuesday, February 28, 2012, when I received a message from my mother that my cousin Trayvon Martin had been shot to death. I was the first Black employee in the company’s 20+ year history, so I spent a few minutes trying to collect my emotions and think carefully about what to say to my manager. If I told her that my cousin had been shot and killed, what narratives might my colleagues form? Would they assume he was a criminal or that the incident was drug related? Would they have known he was a child? I decided to keep the details to myself and just say I had a family emergency.

As a Black woman and emerging professional, I have often considered the ways in which what I reveal, what I say, or what I do could affect my career trajectory and the opportunities I may be afforded. In this moment, it is important to acknowledge the unspoken rule that in order to succeed, one is expected to maintain a certain level of privacy and respectability. Mentors have modeled and indirectly shared this with me, and it has been a source of intergenerational trauma.

My first instinct at work after my cousin’s murder was not the only time I thought twice about revealing my truth, and it is not the only time that I felt that I needed to set my humanity aside. My hope is that we can hold ourselves accountable to dismantling systems of bias and violence and to building up safe, just, and equitable work environments. I am a Black woman. It is in my name, in my hair, in my complexion, and in my lived experiences. How can I deny myself? 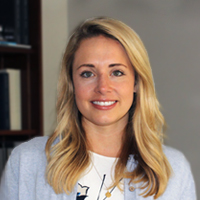 Every generation believes that they can create a better future and that they are learning from and building upon the trials and errors of past generations. Millennials are no different. As it relates to race, I believed that I had achieved some movement forward by intentionally not making race the center of my judgments, preferences, or alliances. I felt I was doing my part in moving our world towards equality. This belief was propped up by the fact that I have Black friends, listen to Black artists, and am a member of a mostly Black and Latino congregation.

I have come to see that my thinking was fundamentally flawed. By striving so hard to be race agnostic, I glossed over the responsibility of acknowledging that my experience was one based on privilege simply because of the color of my skin, and irrespective of my economic background. No matter how hard I tried to refrain from concentrating on the differences, the truth remains that I do not share a similar path with the people of color around me. I have also leaned into better understanding the historical context of the problems of today and the threads that, while frayed, must still be woven into the fabric of our collective experience. I will admit that shifting and interrogating my internal narratives time and time again is not easy, but it is necessary and an acknowledgment that we are all a work in progress. The first time I witnessed collective outrage at racial injustice in the United States was after the killing of Michael Brown in 2014. With the rise of the Black Lives Matter movement and the protests that followed, it left me feeling that for once other people finally recognized the day-to-day trauma of being Black in America.

I never had the luxury of indifference. The same thread of racism that killed Michael Brown exists in every part of our lives: during routine traffic stops; when you are followed around a store while shopping; when you are accused of being a trespasser in your own neighborhood. There is no peace. Six years ago, my hope for change soon turned to despair when I saw how quickly we returned to business as usual.

In 2020, I feel a lot of pride when I witness the way people of all ages and backgrounds have supported the Black Lives Matter movement to protest the horrific killings of George Floyd, Breonna Taylor, Ahmaud Arbery, and countless other Black people. Many Americans are recognizing for the first time that racism still exists in this country. But I cannot get rid of the voice in the back of my head saying that we are on the same trajectory that we were on in 2014––that the sense of urgency will be lost and that people will find comfort in complacency. When I have these feelings of hopelessness, I try to look to inspiring leaders, like the late John Lewis, who have been fighting injustice for far longer than I have been alive. These efforts cannot be in vain, and I hope that we are truly on the brink of big and needed change in this country. There is still much work to do to achieve equity and justice, but I cannot help but feel a sense of pride and optimism from our Chicago community for its support of Black Lives Matter, a movement to denounce state-sanctioned violence and anti-Black racism. And at MacArthur, I am encouraged by the investment team as we continue to look at investing in people of color-owned firms. When thinking about all that this movement represents, I wonder what else we can contribute. I have tried to educate myself about the inherent racism ingrained in our society and to have frank conversations about it. However, this is not enough. I think millennials will play a key role, by using social media and protests to help expose these injustices and by challenging outdated ideologies to drive permanent change. While this is certainly not all that has to be done, I hope it is the right start.