Designing programs of mutual support and self-sufficiency that break the cycle of economic dependency for low-income families and build more resilient communities from the ground up. 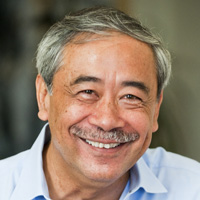 Maurice Lim Miller is a leader in the development of services and systems designed to break the cycle of economic dependency for low-income families across the United States.  Frustrated by the frequent recidivism into poverty he witnessed during his two decades with Asian Neighborhood Design, an agency focused on tenant rights, job training, and youth development, Lim Miller founded the Family Independence Initiative (FII) in 2001 with the goal of helping low-income working families—who often struggle in isolated circumstances or without clear direction—build their own pathways to self-sufficiency. FII has evolved into a national model that taps into the initiative and capability of low-income households to maximize their own networks and resources and guide themselves out of poverty. Unlike conventional, top-down poverty alleviation programs that proscribe rigid plans of action formulated by caseworkers, FII fosters an atmosphere that is part idea incubator and part learning laboratory among small cohorts who have organized themselves to assist one another. FII staff serve as an information resource but do not direct cohorts or make decisions; instead, they shift the responsibility for setting goals, finding solutions, and initiating action to participating members. Families receive small cash stipends for achieving their self-initiated objectives—such as finding employment, reducing debt, or saving toward buying a home—and for documenting and sharing their progress toward these goals. FII’s success is notable; in a recent review, participating Oakland families reported income gains averaging more than 25 percent over the two-year enrollment period, as well as significant improvement in the level of savings (up 144 percent) and in the grades of school-aged children. From its initial site in Oakland, FII has expanded to San Francisco, Oahu, and Boston, all of which have produced similarly positive results. In addressing the deficits of inspiration, motivation, and information with an infrastructure of peer-to-peer encouragement and social networking, Lim Miller is building more resilient communities from the ground up and offering an alternative to the current constellation of private and public anti-poverty initiatives.

Maurice Lim Miller received B.S. (1968) and M.A. (1977) degrees from the University of California at Berkeley. He was affiliated with Asian Neighborhood Design (1978–2000) before founding the Family Independence Initiative in Oakland, California, in 2001.